Points noted from the online meeting:

NEW: Update from the British Embassy.

We have recently received a letter from the British Embassy, part of which says:

I also wanted to take advantage of this email to send some information about vaccines as I know that many of you are being asked about the vaccine roll out in Spain. The most important point is the Spain has said that it will offer the vaccine to everyone who lives in Spain as they consider this to be a public health issue.

For British nationals resident in Spain with public healthcare cover:  These British nationals will be contacted by their health centre when it´s their turn according to Spain´s vaccination roll out. Note that Spain´s roll out is currently slower than the UK´s and we understand the next group to be contacted will be the over 80s.

For British nationals resident in Spain with private healthcare cover: These British nationals should contact their private healthcare provider first. We understand that the public healthcare authorities will liaise with the private providers to ensure that everyone receives a vaccine. The Spanish government has said that the vaccine will be available to everyone who lives in Spain and wishes to receive it, according to their vaccine roll-out programme.

The Oliva U3A was founded in 2007 and now boasts nearly 600 members enjoying forty groups, ranging from the active (Walking, Badminton) to the not-so active (Canasta, Cooking)!

Meetings are held at the Polivalent (map here), on the fourth Thursdays of the month.

As well as our groups and meetings, members can also enjoy a range of benefits from business ranging from discount on travel, to discounts on Internet and TV or help with medical care.

We look forward to meeting you!

Once again, this area has entered a restricted situation. The Photography and Walking Football groups have both had to close again.

It seems likely there will be little change this side of the new year; possible even into late spring of 2021.

There are no upcoming events to display at this time. 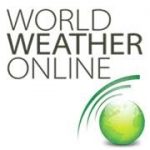 What we get up to!

Pictures from some of our group activities.

Check it out here; if you have anything to sell or swap, or are looking to buy, why not get in touch here?

Please vote here – should we continue?